Bikes TVS
June 17, 2016September 18, 2016 twinkletorque 0 Comments
TVS Motors have been granted a patent for a gearshift assembly that promotes  semi-automated manual transmission technology (S-AMT) for motorcycles. The company had filed the patent in February 2009, which was granted in May 2016.
The TVS Jive was the first motorcycle in India to feature the clutchless gearshift mechanism but it still required the riders to operate the foot peg-mounted shifter and it had chain loosening problems.
As per the detailed specification,this invention,an electro-mechanical actuator replaces gearshift lever by conventional Semi-automatic Manual Transmission (SMT)vehicle. 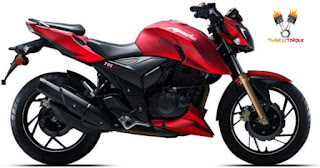 The newly patented S-AMT gear assembly  employs gearshift buttons installed on the handlebar switch gear. When ever you want to shift a gear you need to press the toggle switch, With UPshifting/+ve and DOWNshifting/ –ve buttons for gear shift level selection, an electric motor will engage to operate the clutch and shift the mechanical parts. This would  reduce the rider’s effort to engage and disengage the clutch, especially in city traffic.Hence, there would be no fuel consumption resulting due to clutch slips. This can provide 3-5% of fuel efficiency in city riding conditions as now there is uniformity in gear shifting.
The company also said though the description speaks about two-wheeler, it could also be implemented in three wheeler and the invention is not necessarily limited!! to specific models.
Stay tunned for more updates….